Jeff Simon, General Manager, Hideout Golf Club
Jeff is privileged to be at the Hideout Golf Club, one of the finest golf destinations in the Southwest. He has been managing golf courses for the last 20 years and has come to the Hideout from the Phoenix area. Jeff was also the men’s golf coach at Glendale Community College in Arizona for three seasons. Jeff became of member of the PGA of America in 2008 and he received his Bachelors of Science degree (Journalism) from Utah State University and still occasionally dabbles in the field. He and his wife Jan both enjoy playing the game and love the scenery in and around Monticello.

Caleb Bailey, Superintendent
Caleb began his career in golf course maintenance by spending a summer on the maintenance crew at Hobble Creek in Springville, Utah and then worked at East Bay in Provo while in college. He was then the Assistant Superintendent back at Hobble Creek for two years. Most recently he joined the grounds crew with Real Salt Lake (Soccer), where he managed the landscape and practice fields and helped with care of the playing field at Rio Tinto Stadium and Zions Bank Stadium. Being raised in Monticello, he is excited to return to golf and home, bringing my wife, Liz, and two daughters, Lennon and Eleanor. 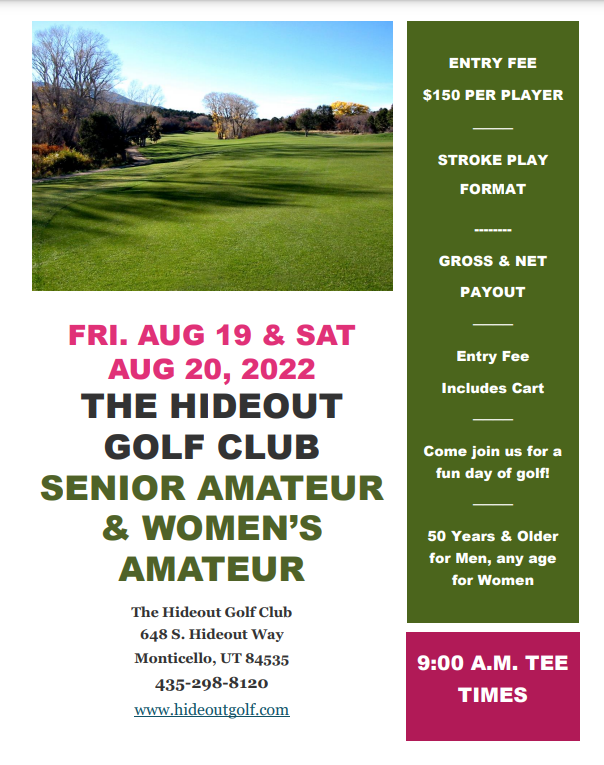